The Case Against Pre-Orders and DLC PRE-ORDER AT GAMESTOP, GET TWO MORE IN-GAME DOLLARS AND A COLOR SWAP!

PRE-ORDER OUR DAMN GAME AND WE’LL PRAY TO GOD THAT IT’S NOT BROKEN UPON RELEASE!!!!! 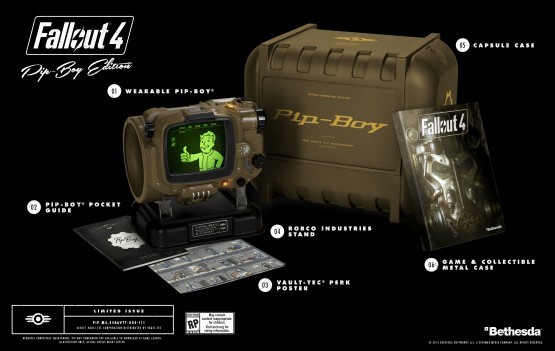 Okay, I won’t lie, this is badass. BUT THE GAME BETTER WORK DAMMIT

I am sick and tired of this crap.

2014 was a bad year for video games.  And not just kind of bad; it was Wesley Snipes’ taxes bad.  2015 has been a little better, but we’re really just spraying a dog turd gold at this point.  We had broken game after broken game released to the point that it almost became a game unto itself.  “Hey, Watch Dogs is coming out, how busted do you think it will be?”

When did it come to this?

Assassin’s Creed: Unity. Watch Dogs. Destiny. Halo: The Master Chief Collection. And hell, since it was released so close to 2014 and stayed glitchy for…ever, let’s just add in Battlefield 4 for good measure.

Luckily, I never saw this glitch in AC: Unity, but Ubisoft even made light of it at their pre-E3 conference announcement of AC: Syndicate, knowing full well that no one in the world trusts them anymore.

And as far as Battlefield 4 and anything EA?

Remember when you bought an NES game, a Playstation 1 or 2 game, something on your N64, or anything not connected to the Internet?  Those games had to be complete. They had to be finished at launch.  They lived and they died by the products they pushed out to the masses.  Now, I understand that those games may not be the massive, open-world, graphic heavy beasts that are common place today, but that doesn’t mean that they put any less effort and love into the product.  And yet, developers had only one shot, one chance to impress their customers.  If the game was broken, see ya.  If the game was incomplete, reviewers ripped it to shreds and that was it. There were no second chances, there were no “Oops, we’ll just patch it.” You were perfect or you failed.  Today, it’s the exact opposite.

The “We’ll just patch it” mentality is now the norm.  Developers are pushing pre-orders like crack cocaine.  You can’t see a video game trailer without GameStop telling you to pre-order now and you can get a special gun in Call of Duty multiplayer.  Activision and Red Bull are giving away missions in Destiny early to those who buy a pack of Red Bull and use a special code. Batman: Arkham Knight pushed FORTY DOLLARS of DLC on consumers to get not just the game, but all of the extra missions and characters that you can play as. I’mma let you finish, but Battlefield 4 was the worst multiplayer launch of all time. Call of Duty: Advanced Warfare took what had become an expected gameplay mode (Zombies) and made you pay for it.  Oh, and Arkham Knight had such an amazingly epic failure of a PC launch that the PC version was pulled from Steam for online purchases.  That game was more broken than the economy and Joe Dirt 2 combined.

Pre-orders and DLC are becoming a crutch of developers to get extra money up front. It’s a solid marketing strategy and way to build up early capital, but when so many games are coming out broken beyond all repair and don’t work for #months after release, why in the bloody blue fuck are we still giving these guys both our money, and our trust? It’s insanity. Everyone knows the definition of insanity at this point, and pre-ordering games is a perfect example of it.  We keep giving them our money in hopes that something changes, and yet they just keep disappointing us.  Just like an ex-girlfriend of mine.