Pixels Non-Review: Adam Sandler is the Turd That Won’t Flush

At this point, we need another Adam Sandler stink bomb as much as we need a morality lecture from Bill Cosby. I mean, hey bro, keep cashing those checks I guess. Sandler doesn’t owe anybody a single thing; he should do whatever it takes to make a living and provide for himself and his family. He has no moral obligation to stop producing complete and utter trash. It would just be nice, you know? The concept of Pixels, his new movie where our old video games are interpreted as threats by giant alien versions of those games, intrigues me. Unfortunately, they gave an excellent concept to the cinematic equivalent of a kid who does finger paints with his own poopy. 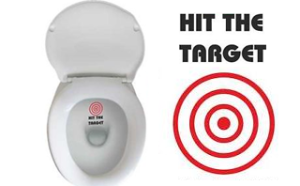 An exclusive look at the writer’s room for all Adam Sandler movies.

I will not see Pixels. I implore you to join me. The more people who pay to see Pixels, the more we tell the studios that we are completely fine with sucking sewage through a funnel.

We already know how Pixels is going to go. Sandler will play a “lovable” loser. The cast will be full of his friends, either in major parts or pointless cameos. The vast majority of them will absolutely phone in their performances. There will be a lot of sexist jokes and balls awful one-liners. Everything – FUCKING EVERYTHING – will be painfully stupid. Despite having The Dink, and despite being a love letter to 80’s pop culture, this movie will be so aggressively bad that its stench will cling to you for days.

When it comes to hating Pixels, I don’t even know where to start. Is it Sandler spraying iconic video games down with a fine vomitous mist? Is it the general feeling of resentment I have towards anything that panders to the lowest common denominator? Or is it that Sandler used to make things worth watching? Back when he seemed to give a shit rather than just taking repetitive shits.

Remember Billy Madison, Happy Gilmore, The Wedding Singer? Hell, even The Waterboy and Big Daddy? To borrow a line from one of his movies that didn’t suck out loud: if the Sandler of old saw himself producing movies like Pixels he would have to kick his own ass. His movies have long been swimming around in the septic tank, and they somehow keep getting worse. Click, Chuck and Larry, Zohan, both Grown Ups (WHY IN THE ACTUAL FUCK ARE THEY MAKING A THIRD), That’s My Boy, Jack and Jill (HOLY FUCKING SHIT JUST SHOOT ME AND END THIS)… Now Pixels. 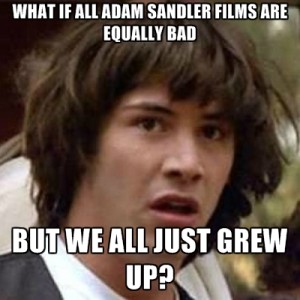 By now, everybody knows the definition of insanity: doing the same thing over and over again, expecting a different result. I keep watching Sandler movies because once upon a time he made me laugh so hard I would damn near become Miles Davis cool. But I’m finally, mercifully drawing the line at Pixels. 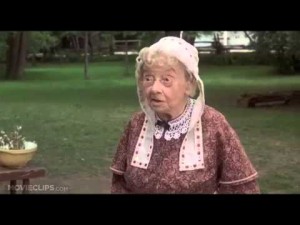 If pissing out bad movies is cool, consider me Adam Sandler.

Pixels is the Cleveland Steamer of summer movies. Pixels is worse than finding out there was a closer spot when you’ve already walked over halfway across the parking lot in an Arizona summer. Pixels is walking in on your significant other cheating on you. Pixels is like losing a finger in a firework mishap. Pixels sucks more than “I love you but I’m not IN love with you.” Everybody who buys a ticket to Pixels should immediately be punched directly in the face: it will hurt less and cause less lasting damage. Instead of seeing Pixels I would rather listen to whiny, obnoxious 12 year olds talk excessive shit about their headshots over XBOX Live.

Do you love video games? Like, did you grow up on Sega Genesis and Super Nintendo? Have you owned every system that's been released? Do you pre-order games and subscribe to magazines (even though all of the content can be found for free online because there's still something nostalgic and romantic about turning pages)? Do you love comic books? Does the recent explosion of comic book movies fill you with glee? Do you love sports - specifically football? Do you have a website that you bookmarked that counts down the minutes until opening kickoff? Have you done in depth draft analysis of your team for the last 15 years to determine every way in which they squandered the Peyton Manning era and are currently about to repeat the same mistakes with Andrew Luck? If you answered yes to any of these questions, we probably can have a really amazing conversation.