Will be released directly from Bethesda soon, and it is actually “the bomb!”

With Fallout 4 appearing in stores soon, Bethesda is going to literally drop the bomb on us early with the Fallout Anthology.  Fallout Anthology contains the original Fallout, Fallout 2, Fallout Tactics, Fallout 3 +all DLC and Fallout New Vegas + all DLC.  I’m not usually one to rebuy games I’ve already played, and didn’t have a lot of interest in the early Fallout games, however with this shiny new casing I may be persuaded to do so this time around. This set is a mini-nuke bomb that actually makes bomb dropping noise as well.  It’s the little things like that which make my nerd heart squee with joy.  Pricing should be around $50 and it arrives on the 29th of September and will only be available for PC. 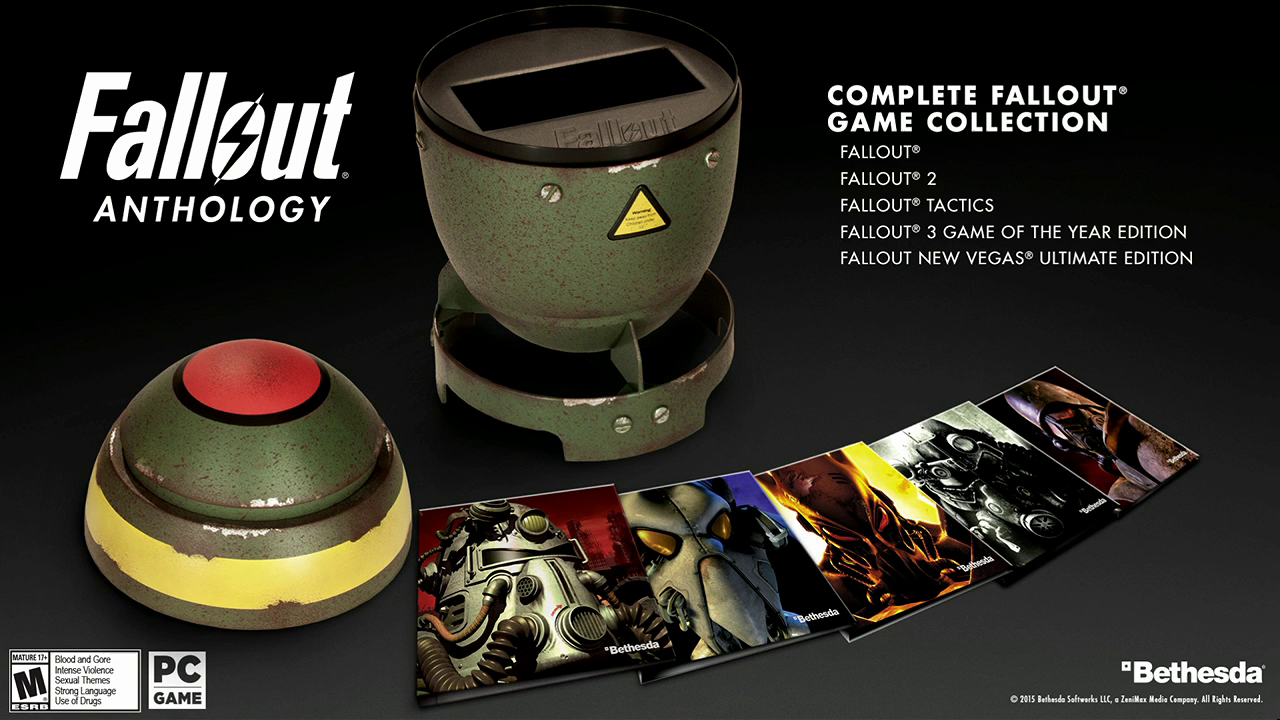