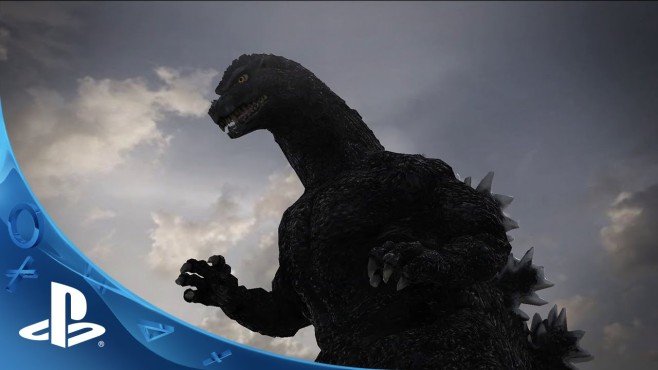 I must admit, when I bought Godzilla for the PS4 I had hoped to be writing a review in ecstatic joy. Well, I just cant… I knew the graphics quality wasn’t going to be that great from videos I saw of the Japanese version a while ago.  I accepted that and thought to myself “Well the gameplay should at least be pretty fun, I mean, it’s Godzilla…”  First let me start off by talking about the intro trailer of the game.  It’s exciting, nicely detailed, and gets you pumped to rip the shit out of other Kaiju and ready to destroy cities. Once inside the game there are a few different modes you can play: God of Destruction, King of Kaiju, VS mode, and Evolution mode.

God of Destruction mode finds you ripping through cities while encountering various Kaiju which you must destroy while trying to rip through the level you’re in, while fighting off the G-Force which is essentially the human military.  They try to create a story line at the beginning of the game explaining how they were able to harness Godzilla’s life force and turned it into something called “G-Energy” which basically is used to run the world and if we didn’t have it that society would collapse on itself.  This is where the story goes askew, I understand its a fantasy world but come on.  They basically throw out and dismiss every other source of energy the world has ever used and try to say if we lost this one type of energy that the world would just die.  I may be thinking too far into this but there has to be some type of logic when trying to create a story like that. The dialogue used between the 2 characters in the beginning dialogue is more bland that a bowl of plain white rice.  Yeah I just used rice to compare a game based on a Japanese character, sue me. (Please don’t.)  But seriously I think a toddler could write a better script than this.  Each level you find yourself encountering a different leader of the country because each time you get through the stage and destroy everything the leader is ousted for not protecting the land better, they go from passive to really aggressive as you progress.  There are certain points of the level that are “data collection points” in which you press R3 on the controller and it goes to a camera view where the humans are essentially collecting data on Godzilla as he destroys the city, and you hear radio chatter through the controller speakers which I thought was a nice touch.

One thing can certainly be said about the combat in this game, if you’re looking for the fast paced fighting style that you saw in Godzilla: Unleashed, Godzilla: Save the Earth, and Godzilla: Destroy all Monsters…well…you won’t find that here.  The combat is slow, the hit confirmations every time you land a blow feel like they last forever compared to most fighter games, and you have to upgrade your character to do even the simplest shit like a quick 180 turn.  In the beginning you are extremely limited to your attacks.  You have your atomic breath, a strong attack which is basically just a 360 no-scope tail-whip, a light attack which is just a 3 hit combo, and a charge attack which is basically just running at your enemy.  Depending on which Kaiju you are fighting, some attacks are more effective than others.  I found the charge attack simply wrecked Mothra in her larvae form, where it had zero effect against Anguirus.

Leveling up your character seems to be a long and arduous task. You have to collect energy from destroying buildings which is simple enough, but you also have to collect resources from Kaiju you kill during Destruction mode.  These encounters are different based on each level but unless you continue to progress from stage to stage you cannot collect the resources you need in any easy fashion so if you’re having a tough time getting past a specific enemy in a level, tough shit.  I’m not gonna lie, I’m not the most skilled gamer, I gave up on games like Dark Souls, but a game based on an epic character like Godzilla should be fun, full of fast destruction and awesome fighting.  Not slow, tedious, and seemingly regrettable that you even bought the game at full price.

I think with some patience the game could definitely be fun and rewarding, however at the beginning I felt a bit let down by the simplicity of the combat.  I absolutely have to give the game props for using the original Godzilla theme song in the beginning of the game.  Each time I hear it I smile and feel a little bit better about playing this game.  That’s one thing that a lot of game developers seemed to have missed in the history of making movie based games.  Theme songs make you remember the movies they’re based on and get you truly excited to play the game.  Then you start the game to realize it was just a tease and they’re really just going to shit all over your beloved childhood. Let me just say this to end the review, if you like taking a massive, fire-laden shit after eating Chipotle, you might like this game. 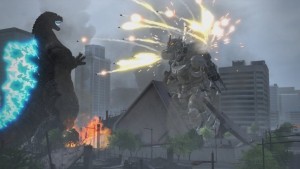 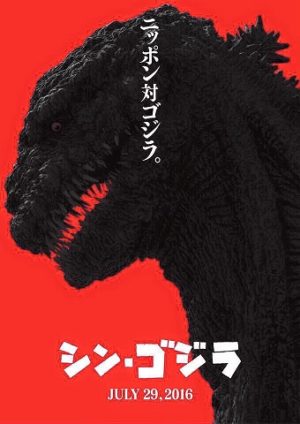