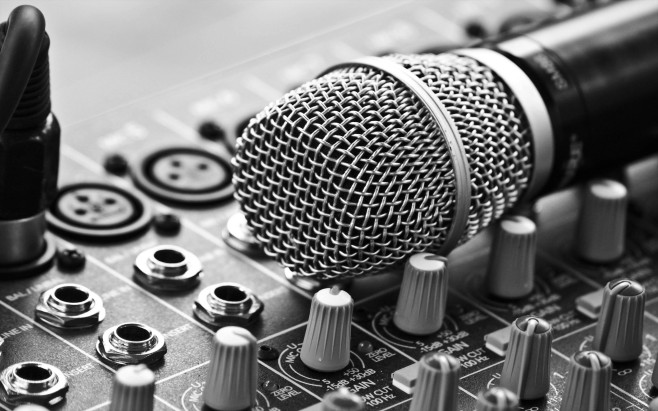 What Happened To Music?

I’m coming in hot on this one: today’s music sucks.

I already feel old having that said that.  But you and I both know that it’s true.  The magic has gone out. Elvis has left the building.  The milk’s gone sour.  Nicki Minaj showed up and started yelling the same word repeatedly and called it “rap”.

I pulled a list of around 15 songs that I’ve heard recently with just mind-numbingly stupid lyrics, and then happened to turn on the radio the other day and found this auditory gem titled “Watch Me (Whip / Nae Nae).06

The other songs were no longer needed. This one won a ride on the stupid bus.

Awesome way to start this song.  I’m actually a huge fan of artists that constantly say their name in every one of their songs. It’s like they’re afraid people don’t have Shazam and won’t be able to find out who this hella fire song is made by. I’m looking directly at you, Akon and Pitbull.

Watch you do what? I’m pretty sure if I tell someone to watch me do something with words like that, I’m either breaking bones, about to go viral on YouTube, or going to prison.

Mother of God.  Does anyone remember good music?  Music that actually had meaning, and used words over a second grade reading level? What happened to musicians and bands like CCR, Journey, and Rush? What about bands who pushed the limits like the Beatles, Metallica, and George Strait?  Where in the hell is Garth Brooks and why did the thunder stop rolling?

Call me a white girl, because on a scale of 1 to even, I literally can’t.

What the fuck.  I think we can stop here, as I’m pretty sure my point has been made.  Pretty sure.

My brain hurts.  It actively hurts.  This isn’t a headache kind of pain, but a deep, throbbing, facehugger infiltrating my head cavity through my mouth hole kind of pain.  And while it hurts, it’s more pleasant than that goddamn song.

Watch Me  (Whip / Nae Nae) hit #3 on the charts at its peak.  As of this blog post, it’s #4 on iTunes most popular charts.  People turn out in droves to buy this shit, but won’t get off their asses and go see Mad Max: Fury Road.  That’s a fucking travesty in and of itself.  Mad Max Bane was terrific.

Sorry, Billboard.  I meant to say “iz a big problem.”

Country currently leads the pack with a 3.3 grade reading level. In layman’s terms, it’s made for children age 9 and under.  According to Powell-Morse, “The average reading level of Eminem is a grade-and-a-half higher than Beyoncé, while Nickelback (!) tops Foo Fighters by nearly a number letter grade. In the world of pop music, superstars like Mariah Carey and Adele rank a full number grade higher than the likes of Lady Gaga and Ke$ha.”  Nickelback topping Foo Fighters? I actually found myself surprised by that. Adele crushing Lady Gaga under her boot heels? Not so much.

The moral of the story?  Society isn’t even trying anymore.  We’re so lazy we don’t even care that people barely use real words in their songs anymore.  I’ve seen people go batshit banana sandwich on other people on Facebook because they mention that they support/don’t support the Confederate flag getting banned, but absolute shit lyrics like this are allowed to rape my ear drums with reckless abandon:

OH, AND ONE MORE THING:

I have an honorable mention for a very special song.  A song that, as a father to two small daughters, made me just swell up with pride and hope for the future.  A song that made me feel that women worldwide and in STEM fields are ready to be taken seriously, and that the singers are prepared to really put pencil to paper, nose to book to be successful in this world.  You guessed it correctly, I’m talking about Fifth Harmony’s “I’m Worth It”.

Never mind.  Those lyrics are the exact definition of a musical fucking travesty.  Get your shit together and grow the fuck up.  I understand it’s “just a song”, but fuck that.  Stop talking like little kids.  Stop pushing out the idea that things are just given to you.  STOP BEING SHITTY MUSICIANS.