So Toho, like Godzilla, has reemerged from a long sleep with their upcoming release of Godzilla Resurgence.  I gotta say I’m excited as fuck for this to come out and you better goddamn well believe I’ll be importing this bastard from Japan as soon as it drops on Amazon.  Not much is known about the plot or other kaiju that Godzilla will be battling (if any) but what is known is it looks as though Toho is going back to the old visual stylings of Godzilla from when it was just some dude in a big rubber suit.  A few things have irked me about this however…lets take a look at a clip from the trailer and dissect a few things that are bothering me about this new styling. 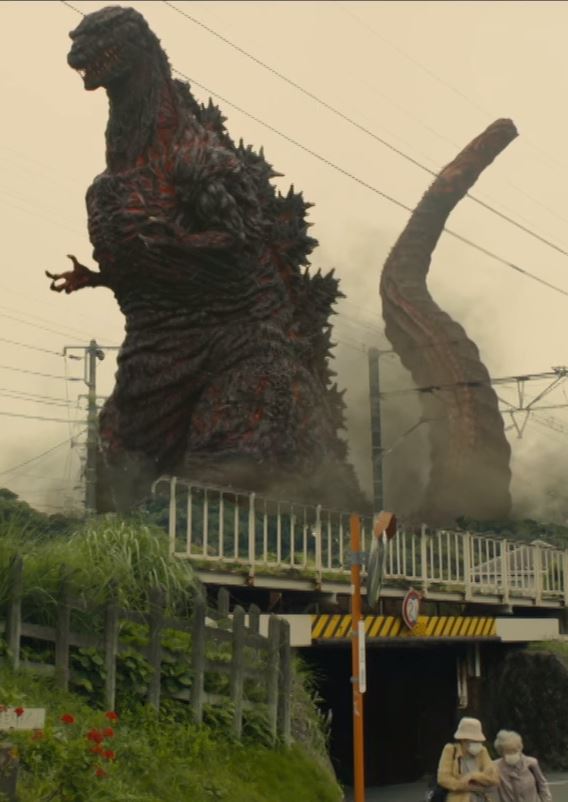 Okay, so most of us know what the original Godzilla looked like in 1985, if not, crawl out from under your fucking rock and google it.  First lets focus on the head: 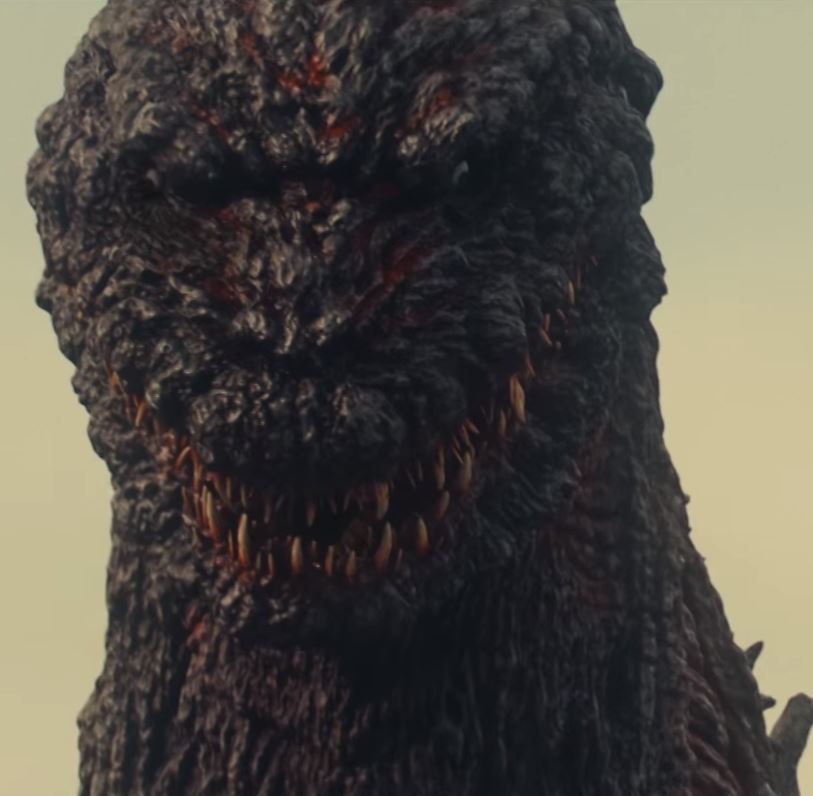 While the eyes and teeth look mean AS FUCK his entire head looks like a burn shit brownie, they went way to far into the texturing of it and you can barely see the definition around the nostrils and eyes it just looks like one big messed up volcanic igneous rock, in the beginning of the trailer you can see Godzilla screaming which looks like he just got kicked in the dick and is way overdone, but i get what theyre going for…anger, aggression, fury…and theyre nailing it. Now lets take a look at the big thing that made me “what the motherfuck?” his tail to body ratio: 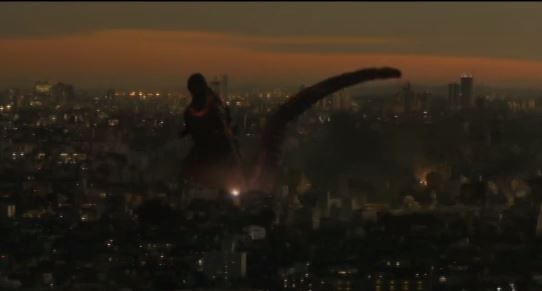 WHAT. THE. FUCK. so basically Godzilla’s tail is DOUBLE the length of his entire body? If not more?!  Yes one of Godzilla’s main weapons is his destructive whipping tail, but this is fucking absurd.  Might as well title the movie Tailzilla: Tailsurgence….Tail Fast Tail Furious? Whatever, this is basically Japan saying “WE HAVE SMALL DICK…GODZILLA HAVE BIG TAIL…JAPAN NUMBER ONE!”  Now onto the final gripe, his arms: 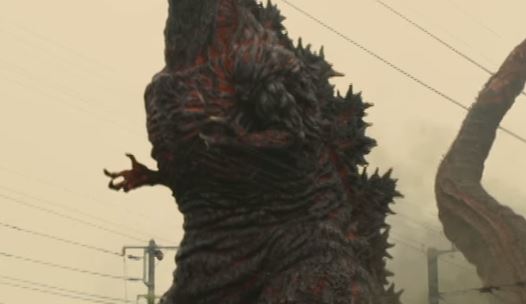 I know I didnt touch on anything regarding the other characters, but thats because this is Japanese cinema and i honestly dont follow it well enough to know any of the actors in the movie, nor do i care to, because be honest who watches a Godzilla move for the human actors? Literally. Nobody. But the trailer itself was full of action, drama, excitement and i truly believe the movie is going to be a classic and i cannot wait to see what Toho does with this franchise going forward if this movie takes off.